Channeled Information through Pat Crosby from the Cosmic Council of Light, The Lemurian Council, The Angels of Forgiveness, Reshell (Feminine aspect of Lord Metatron), and Archangel Michael

Articles on this site are copyright by Pat Crosby - Creative Commons. You are welcome to forward and reprint these posts for public information as long as they are not sold for any type of personal/monetary gain AND as long as all links and contact information are left intact as per Creative Commons License. Email your link to patcrosby@gmail

The Birth of Archangel Michael. Channeled through Pat Crosby. Commentary by Reshel.

One of the great pleasure I afford myself each and every month is to listen to Ronna Herman channel and take questions for Archangel Michael - http://AskArchangelMichael.com

After a recent webcast, I was pondering the greatness of Archangel Michael and his brilliant wisdom that Ronna so ably brings forth in her lovely warm and witty and gentle style... along with the able assistance of her moderator Randy Monk.

I was also feeling immense gratitude and wonderment for AA Michael (or Big Mike as Ronna likes to call him) for the various depossesions of entities that I have experienced with the assistance of AA Michael - both in my healing practice as well as in our healing lightworker evolution.

Michael's sword of light is a magnificent tool of healing which he so generously brandishes whenever we ask for his assistance and mercy.

After the last Ask Archangel Michael webcast, I was pondering and thinking of Big Mike - The Archangel. "Tell me", I wondered - to myself I thought - "How did you come to be? Where did you get so much power? How do you use it? How do you know HOW to use it? You are so gentle, yet so powerful. How did this come to be?"

I was not prepared for the response that immediatly filled my mind with the greater wisdom of that which we call Archangel Michael.

I offer this transmission to you - I hope you, too, will enjoy and be filled with a new wave of wonder of the marvels and the vastness of the creator's scope of creation.

Immediately, I was cascading in waves of gentle supreme love - the powerful presence I know to be AA Michael. To my astonishment and delight, he began to converse with me.

"Oh, you would like to know about me? How BIG I am? How vast is my power?

"Well, let me tell you... humans think of me in the persona known as Archangel Michael. And they think of the artists drawings and renditions of me as a sort of human in form - just bigger - with large wings attached to my back, and long flowing hair. And, of course, carrying my sword - with which I cut asunder many things that are not of the light, or that interfere with the free and easy transmission of the light, or stops that which tries to obstruct the light.

"But that is a tiny semblance of all that I am... the vastness of my cosmic form and intention with which the creator has both created and endowed me.

"You know the story of the creation in which I was created along with my brother entity who is said to control and manipulate the dark.... the counterpoint to the light... that by which the light is even more noticeably illuminated and enhanced by its comparison to that which is not. All of the above is, at best, is 'seemingly' so.

"But I am here now to tell you more about the vastness of my being, for my true and greater form fills the entire cosmos as a primal force and intention of the creator's will. For in the undulating and flowing nature of the waves of creation and dissolution, you know that sometimes ripples and bubbles appear that are not always of the highest light or vibration. And that sometimes these ripples and bubbles interfere with the free-flowing dynamism of the light waves.

"Hence, the creator of all that is and all that is not, decided early in the game that a counter force was needed to prick the bubbles - so to speak. A force to straighten out any blips or "dark" energies that unexpectedly and inadvertently got mixed into the light waves.

"Those of you who cook know that sometimes unexpected bubbles and strange things rise to the top of the boiling pot - and you must either pop or remove these strange and unexpected presences if you are to get a good and desirable result.

"In the beginning, these blips and bubbles were sort of unexpected and accidental side-effect of the undulating waves of light and ecstasy that were flowing into the expanding cosmos, carrying the intentions of the creator with them to eventually manifest into various levels of manifestation and form.

"After awhile, it became apparent to all concerned that it was actually a great adventure, great sport, so to speak, to watch me busily pricking and catching and dissolving any bubbles and blips that arose in the creation.

"I was quite enjoying myself and my role.

"It was actually a lot of fun in the beginning. And from the cosmic point of view, it still is a lot of fun. I enjoy my role very much, and take great delight in exploring and exercising the skills that exist within the seeds of the creator's intention that are essentially woven into my make-up."

"(You know how much joy there is in the act and process of creation. That is because the seeds of potential that lie within and are part and parcel of each atom of creation are DESIGNED to sprout and give birth to new ideas, new forms, new thoughts, new entities, new energies. Stifling these creative impulses is anti-creator, and actually leads to harmful consequences in any and all forms of the creation that try to do so." This aside is from my spirit guide and friend Reshel.)


Back to AA Michael:

"In my cosmic guise, I am a vast field of energy. I flow, ripple, and undulate throughout the creation. I am the darkness of the void. I am the brilliance of the light. I ripple and create an aspect of myself that is just right for each element, each dimension, each ripple and fold of the creator's warp and weave throughout the dimensional folds, tears, and walls. I AM all pervasive, and live in my sentient consciousness to uphold the will of the one that is all and above all other.

"I live to express the greatness of the creative force field in its intention to hold it's creation in check, and to be a guardian service to protect and maintain the integrity and structure of the creator's will and intention - even as it unfolds and furls and ripples into constantly new and expanding dimensions, worlds, universes.

"Thus, similarly, I flow along with the ever-increasing and unfolding currents, flows, ripples, and tears of the creator's own essence, riding piggy-back on the wholeness of all that is, as it constantly seeks to express it's own greatness through it's constant unfolding.

"Similarly, my twin brother, He who rides the dark (so to speak in your old paradigm of thought and structural organization of your universe-view), also rides in the unfolding furls of the universe of the all that is.

"Your storytellers have given him a name. A form. A shape. A story. A history.

"But also SO limiting.... for it is the little iota speck of my and my brother -cosmic forces that we are - that fits your world view by the capacity of your human nervous system and thinking apparatus.

"We are scaled down to your world-view in your minds. And that is a genius act of creation in its own right, of which we are quite amazed and delighted, too!

"Know now, that we are far vaster, far greater, beyond the wildest stretchings of your mind to understand.

"Know now, that when you summon me, with my divinely appointed mandate to 'protect' you - at your request - to separate you from any dark ripples and bubbles that may pop open into your existence, I AM here immediately (by your reckoning) for as I have just said, I AM always here and everywhere simultaneously, as I AM embedded into the fabric, the warp, the weave of every strand, every thought, every intention of all that is, all that has been, and all that will be.

"I AM a force that resides within you as part of you. When you call on me, you are calling on a part of your very own self of which you are not currently able to consciously and with full intent to access. So I play the part of "The OTHER" than you so that you can access me and the power I have to keep the creation in balance, in rightness order - to serve you as your own version of yourself as a limited light packetl of all that is.

"I Salute You - in the name of all that is, as we continue to play and dance and enjoy our rolls in the great game of life, love, and pretending to exist.

"Yours in Light & Harmony,

I AM, I REMAIN

That which you have named Archangel Michael,

Channelings by Pat Crosby of Reshel and others is posted online at
http://LightGrid.blogspot.com

Please post COMMENTS on this blog about this article.

Listen to a free audio meditation from the Forgiveness Guides of Lake Titicaca in Peru at
http://ILoveForGIVEness.com

Want to come to Peru in service for the Spring equinox 2009? Click on Sacred Travel Tab on this site.

Permission is granted to republish and distribute without monetary compensation as long as the above article is transmitted in its fullness with all links and contact information intact.

UPDATE JUNE 21, 2011
A Big Surprise from the Edge of the Solar System

Mission scientists say the probes have just sent back some very big news indeed.
June 9, 2011: NASA's Voyager probes are truly going where no one has gone before. Gliding silently toward the stars, 9 billion miles from Earth, they are beaming back news from the most distant, unexplored reaches of the solar system.
It's bubbly out there.
"The Voyager probes appear to have entered a strange realm of frothy magnetic bubbles," says astronomer Merav Opher of Boston University. "This is very surprising."...
FULL STORE HERE http://science.nasa.gov/science-news/science-at-nasa/2011/09jun_bigsurprise/ 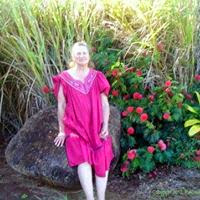 Pat Crosby is a heartfelt essence of love, with an insatiable desire to spread her light and touch people where they can heal. She lives the truth of what Master Kirael has told us: "To find peace, you must pierce the veils of separation and awaken your spirituality.This is what a lightworker looks like – an insatiable desire to spread its light so it can find more light, until it can tie itself into the whole of all light, until the light of dimness is merged and dissipated. Then the darkness becomes part of the light, and the light shines within it. What happened to the dim that was surrounding you? Has it moved away from you? No, it lit up all around you. Isn’t that a beautiful thought? That is how you piece it together, one heart at a time."

Kirael: The Great Shift and many more. 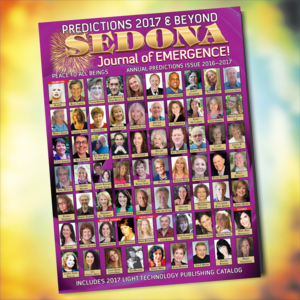 Resurrection of the Lemurian Grid by Pat Crosby

Forgive with the Angels

Support and Guided Meditation on ForGIVEness

Inspiration, Support, and Guidance for the most sacred journey - the one inside yourself.

can listen through your computer

Donations will help print more copies of The little Book of ForGIVEness to gift to those who cannot currently afford them. And to support the operation of this site. Thank you for your generous heart! (We are not yet a tax-deductible foundation. If you can help us set this up, we would be most pleased!)

Get Free Audio Guided Golden Particle Meditation with the Forgiveness Angels at this link.

Keep the Flow of Information Coming...